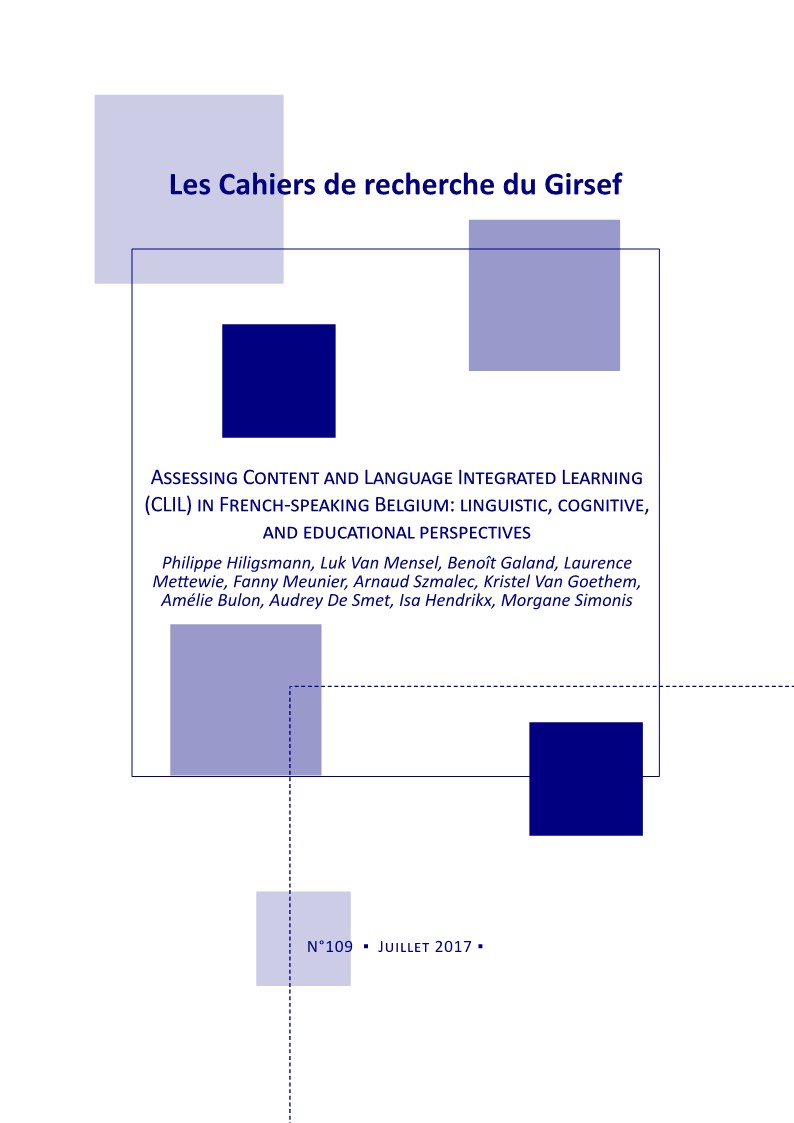 In times of globalization, policies increasingly promote multilingualism as a strong social and economic asset. One way to foster multilingualism in education is Content and Language Integrated Learning (CLIL), a didactic method in which school subjects are taught in a different target language than the mainstream school language. In the French-speaking Community of Belgium, schools have been allowed to provide CLIL education in Dutch, English or German since 1998. To this day, however, we only have an incomplete and fragmented view on how CLIL differs from non-CLIL education and on how it impacts second/foreign language acquisition. The aim of this contribution is threefold: (a) to discuss the particularities of CLIL education in French-speaking Belgium, (b) to give an overview of the research conducted on CLIL education in French-speaking Belgium, and (c) to briefly present the goals of a large-scale longitudinal and interdisciplinary study currently being conducted at Université catholique de Louvain and Université de Namur. This interdisciplinary study aims to make a strong empirical and theoretical contribution to both the public debate and the ongoing international scientific discussions on multilingualism in general and CLIL in particular.