Today it is possible to finally go beyond the limits of the analytical paradigm by enriching it with a real systemic dimension allowing a complete integration of the most fundamental recent scientific achievements reflecting the emergence and resilience of complex systems, in particular the so-called "living" states of matter. This contribution proposes to show how the integration of this systemic dimension makes it possible in particular to better understand and manage in a truly lucid and operational way the biological and ecological organizational systems but also socio-economic, even political as, for example, in terms of energy transitions in the face of climate change.
Work on thermodynamics of far-from-equilibrium systems has indeed thrown unprecedented light on the understanding of the dynamics of "complex" systems, particularly molecular ones. It is now well established that the emergence of such dynamic organizational structures is determined by maximizing their dissipative efficiency. This promotes the evolution of the system within which it emerges towards a state of maximum uniformity (or entropy) described by the 2nd principle of thermodynamics. These topologically localized states resulting from symbiotic and "hetero-organized" coupling processes between distinct components producing these "dissipative resonance" states are observed from the tropical cyclone to the most sophisticated bio-socio-economic systems It is indeed possible on this basis to establish the symbiotic nature of the processes that determine at all levels the organization and evolution of living states of molecular matter.
This was manifested in particular by the emergence at the organo-biological level of hetero-organized and “localized” couplings between nucleic acids and amino acids, the latter giving rise to the first living cells consuming - and therefore dissipating - energy. Endo-symbiosis with certain primitive single-celled organisms with a particular capacity for energy capture and dissipation, such as chloroplasts and mitochondria, other hetero-organization processes, then opened the way for the emergence of co-determined multicellular structures even more effective and resilient on the dissipative front. The process of segmentation (and not of simple division) of an "initial" cell (the "egg") illustrates this symbiotic co-determination between epigenetic components (the "egg white") and genetics (its nucleus) opening the path to the emergence of the potential for tissue differentiation, including its neurological dimension. These processes explain the absence of an absolute hierarchy in the hetero-organization processes and their “probabilistic” component, a bit like in a jazz ensemble each musician can "improvise" (epigenetically) but by constantly agreeing on the others in the interpretation of a specific (genetic) "composition". 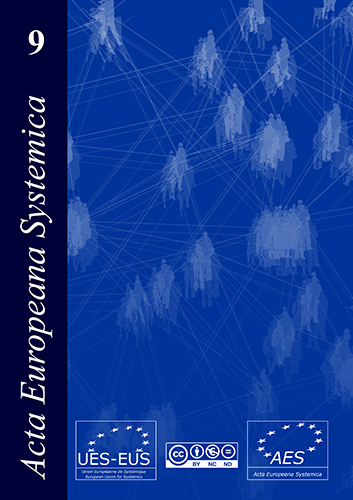